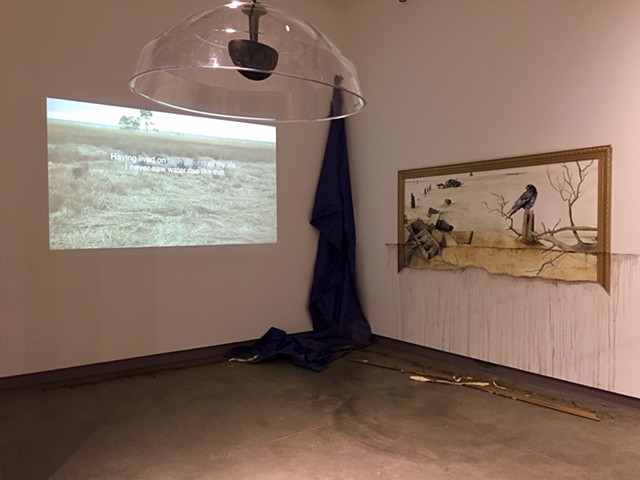 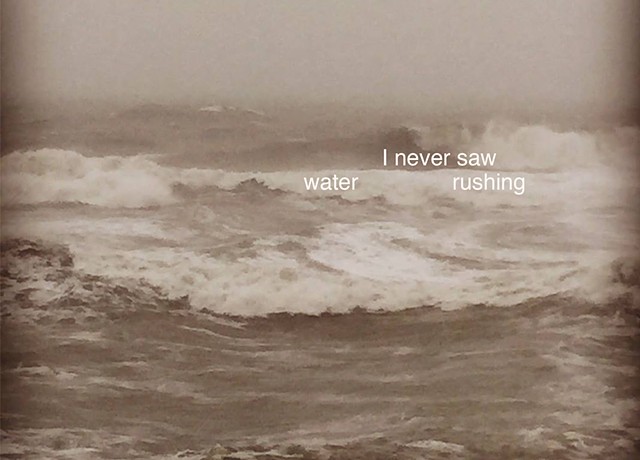 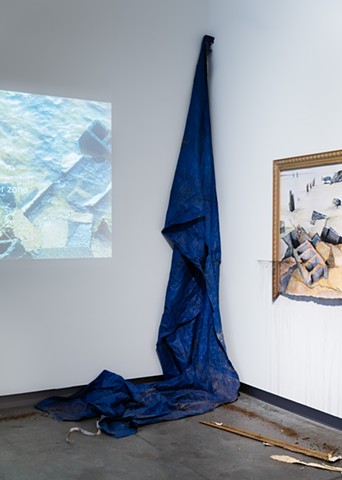 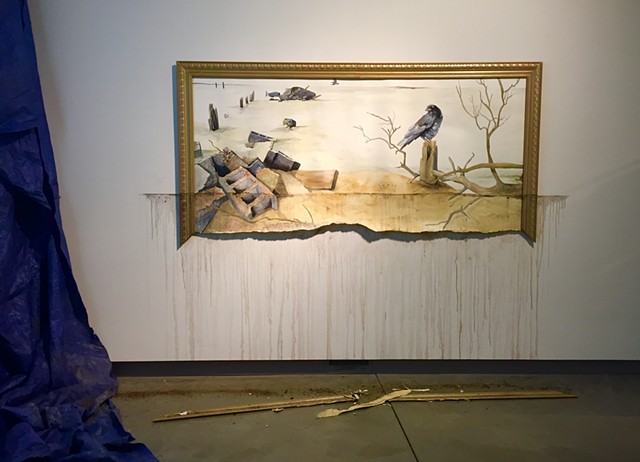 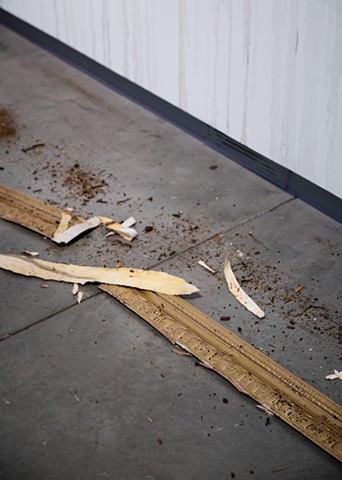 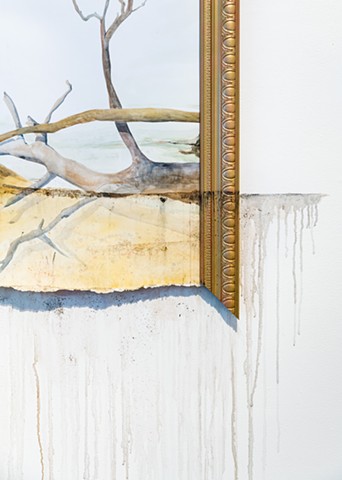 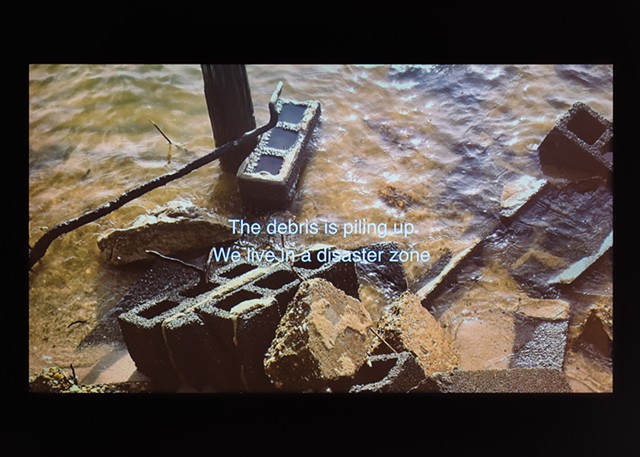 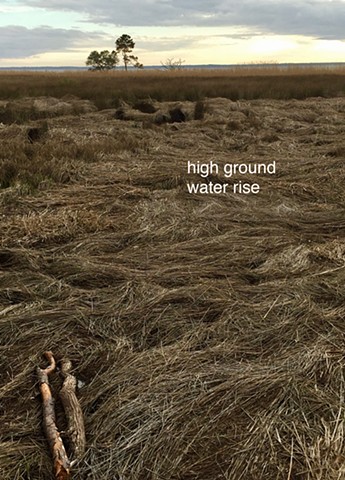 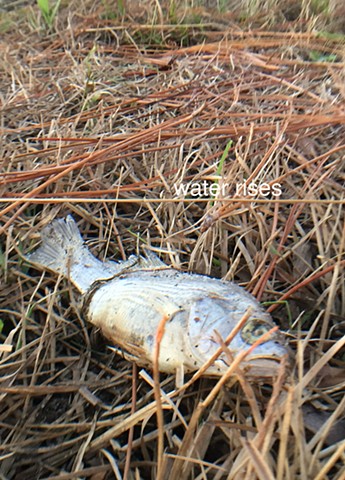 Countless scientific reports from myriad sources indicate that climate change has a direct influence on sea level rise, impacting coastlines worldwide. The planet is experiencing stronger and more frequent storms that, when coupled with rising seas, brings great flooding and environmental destruction to coastal and low-lying areas. We hear much from disparate groups such as scientists, climate change deniers, and environmentalists, but there are other voices that are less frequently recognized: those living on the front lines of climate change.

As an interdisciplinary artist, activist, and a native of a small island on the North Carolina coastline, I watch as the sea reclaims my own homeland through repeatedly stronger storms and higher flood levels.

My work speaks to the crisis facing our shorelines and those who call these fragile areas home. Evacuation or relocation because of hurricanes and flooding are common topics of discussion. However, socio-economics, privilege, and mobility affect whether residents can evacuate, return, or rebuild. For those who have neither the means, the support, nor the ability to evacuate storm-prone areas, this is a very real and potentially life threatening problem. Mobility justice, concerned with movement inequality and accessibility, as well as recognizing populations who are affected most by this, is a central focus of my work.

For Blue Tarp Nation, I combine first person narratives and oral histories collected from individuals who were forced to ride out hurricanes Maria, Michael, and Florence. Each quote has been woven together to create a larger story, presented in an installation of painting, photography, and projection. I bring viewers to the front lines of climate change, immersing the audience with the reality of those who stand to lose everything to the rising seas.